“Most advisors don’t know they have business problems. Those that do are asking the wrong questions.
For me and over 200 advisors, UGRU is the answer for a turnkey business platform.”

“The software kept me on track and allowed nothing to slip through the cracks
and I was able to close 32% more sales than I had before.”

“In my 14 years as an advisor, I have never seen a software that puts all the critical elements of business in one place.
Amazing! Great job guys!”

Raleigh North Carolina – 10 January 2017 – UGRU CRM Financial Software is a finalist in the 2016-2017 Cloud Awards Program in the category CRM Solution of the Year.

Now entering its seventh year, the cloud computing awards program celebrates excellence and innovation in the rapid-growth cloud computing market. Accepting entries from across the globe, entrants come from the US, Canada, Australasia and EMEA. Entries are accepted from organizations of any size and include start-ups and government bodies. 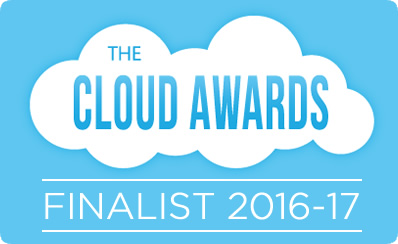 Ken Gulliver, President & Founder of Ugru CRM Financial Software said: “In such a competitive year it’s a special honor for UGRU to be recognized in the CRM Solution of the Year category of the 2016-17 Cloud Awards.”

Cloud Awards organizer Larry Johnson said: “In our sixth year of recognizing and celebrating excellence and innovation in the cloud the standard of entries has been staggering.

“This high level of excellence is reflected in the size of organization we are seeing enter – from start-ups to blue chips, and everything in between. But it’s also the sheer global presence of cloud technologies, and innovators outside of the US that have started to become more prominent this year.

“Every organization on the shortlist is a worthy candidate, and the judges have had the most difficult time this year finding the best of the best, due to the standard and volume of entries. But every year, the bar gets raised to new levels.

“We will also be publishing a research report on the state of the cloud computing industry, based on the responses of the hundreds of participants who entered.”

Over 300 organizations entered, with entries coming from across the globe, covering the Americas, Australia, Europe and the Middle East. You can view the full shortlist here: https://www.cloud-awards.com/2017-shortlist/.

Final winners will be announced on Tuesday 31 January 2017.

The Cloud Awards (https://www.cloud-awards.com/cloud-computing-awards/) will return with a new program in late 2017 to continue its recognition of excellence in cloud computing.

The Software as a Service Awards (https://www.cloud-awards.com/software-as-a-service-awards/), judged in the spring, now enters its second year and is currently accepting entries.


About the Cloud Awards

The Cloud Awards is an international program which has been recognizing and honoring industry leaders, innovators and organizational transformation in cloud computing since 2011. The awards are open to large, small, established and start-up organizations from across the entire globe, with an aim to find and celebrate the pioneers who will shape the future of the Cloud as we move into 2017 and beyond. Categories include Most Promising Start-Up, Best SaaS, and “Best in Mobile” Cloud Solution. Finalists were selected by a judging panel of international industry experts. For more information about the Cloud Awards please visit https://www.cloud-awards.com/.


For the Cloud Awards